Could Blockchain Lead to a Gaming Metaverse? 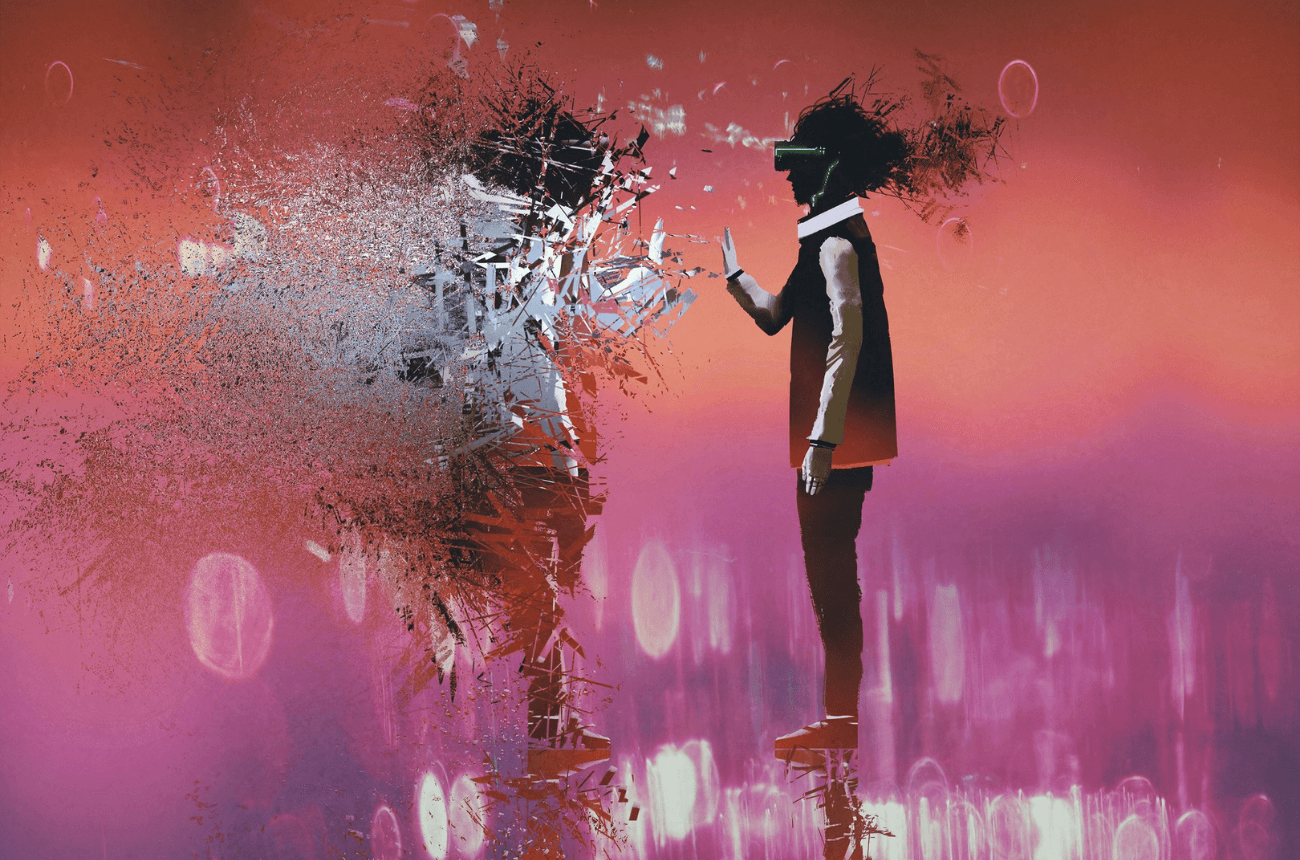 As the glass walls that separate our gaming worlds shatter, the invisible barrier between the multiverse & the world we live in will be the last one standing—but it too shall fall.

The blockchain is a bridge between devices, people, and worlds.

To understand this, it’s important to note that:

This enables assets like non-fungible tokens (NFTs), along with their controlling mechanisms, to seamlessly transfer between devices.

Not only can the blockchain be used to create regulated assets that are transportable between games, but these assets can also be integrated into any internet-enabled device—creating an ecosystem that has the potential to interact with every facet of our lives.

The future is weird.

You’re walking through the street wearing your Google Goggles, Apple Irises, or whatever other lightweight augmented reality devices exist 10 years from now. You download the ‘Multiverse app’ that displays a digital layer of assets integrated seamlessly into the reality around you.

In real life, it’s a dreary day in the city and the smog is an orange hue as you walk alone.

You switch on your AR device, load the app, and the world lights up around you. An ambience of warmth flows through your irises. The sky turns blue, trees appear around you, and the moon rises in the middle of the day.

You see a whole new world — and you feel it vividly.

You breathe a sigh of satisfaction.

The trees are owned by the city, but the moon is owned by all who look upon it. It symbolizes sovereignty for all and functions as shared storage space for the community’s digital assets.

You reach up, touch the moon, and select your avatar.

Your reflection in the window shimmers and transforms into your favorite character from Bonescars , Raynar.

He—no, you—carry Archspire and Stormwall, which you’ve used to win countless battles in many different worlds.

You found the Archspire in the battle of Apollyon. You pulled it from the heart of a dying dragon, saving her life.

Her name was Mike.

Mike’s previous owner abandoned her in Bonescars, and she wandered into the battle by accident.

Mike is a lovable, quick-witted AI NPC with an infectious laugh.

In Bonescars, she is so big that you can sit comfortably in her eyebrow as you fly through clouds.

In the augmented plane, she takes up the whole street. Cars hover through her chest as she cracks jokes about the people inside them.

Another player using the Multiverse app hears her quips and flips her the bird.

Your blockchain address can be connected to your smart car and house, allowing Mike to act as your chauffeur and chef. She cooks a mean beef rendang.

Eventually, when you’ve earned enough Enjin Coin (ENJ) from farming items in Bonescars, you’ll buy her an android shell. You’ll plug your blockchain address into the mechanized body and she will bring it to life.

Other people that have the Multiverse app switched on can also see your avatar, equipment, and faithful sidekick. You can see theirs, too.

You can fight them, go on quests with them, and interact with the digital world in a way that alters their experience.

As you move through the real world, you can interact with infinite digital worlds.

At the city square, a special quest awaits you. You need at least three teammates to access the portal that leads to a level called ‘Enlightenment.’

You gather your forces.

First, there’s a gargoyle guarding the portal. One of your teammates incapacitates its owner in Bonescars, which disables the beast’s Soulshift Armor.

Next, you have five minutes to defeat the gargoyle within the augmented plane. You succeed.

Lastly, another teammate needs to turn the Aeonclipse Key at the portal point in Bonescars at the exact same time you turn it in the augmented plane, opening the portal to Enlightenment.

Entering Enlightenment, you stand as your avatar is surrounded by white inner space, facing a perfect replica of yourself—the real you… in such vivid detail.

You stare at each other long and hard.Enough.

You turn off your avatar, log out of the app, and stroll home.

After stealing the best lily from your neighbor’s garden, you reach your front door and it opens automatically.

“Welcome home,” Mike smiles as you enter your apartment. “Well, you won.”

You put the lily on the table in front of the monitor as the warm smell of freshly prepared beef rendang wafts your way.

Yep, you sure did.

The Future is Weird

In this example, every cross-platform item is an NFT on the blockchain. These are Multiverse items that can be used in many games and platforms.

They can be purchased in retail stores or even exchanged with random people on the street.

Most importantly, they can interact with any internet-enabled device.

A safe and secure cross-platform digital environment is not possible without a strong consensus mechanism.

The blockchain is necessary for an incorruptible digitally-integrated future.

We believe this future rests on the Ethereum network—and that Enjin is the blood that will pump through its veins. 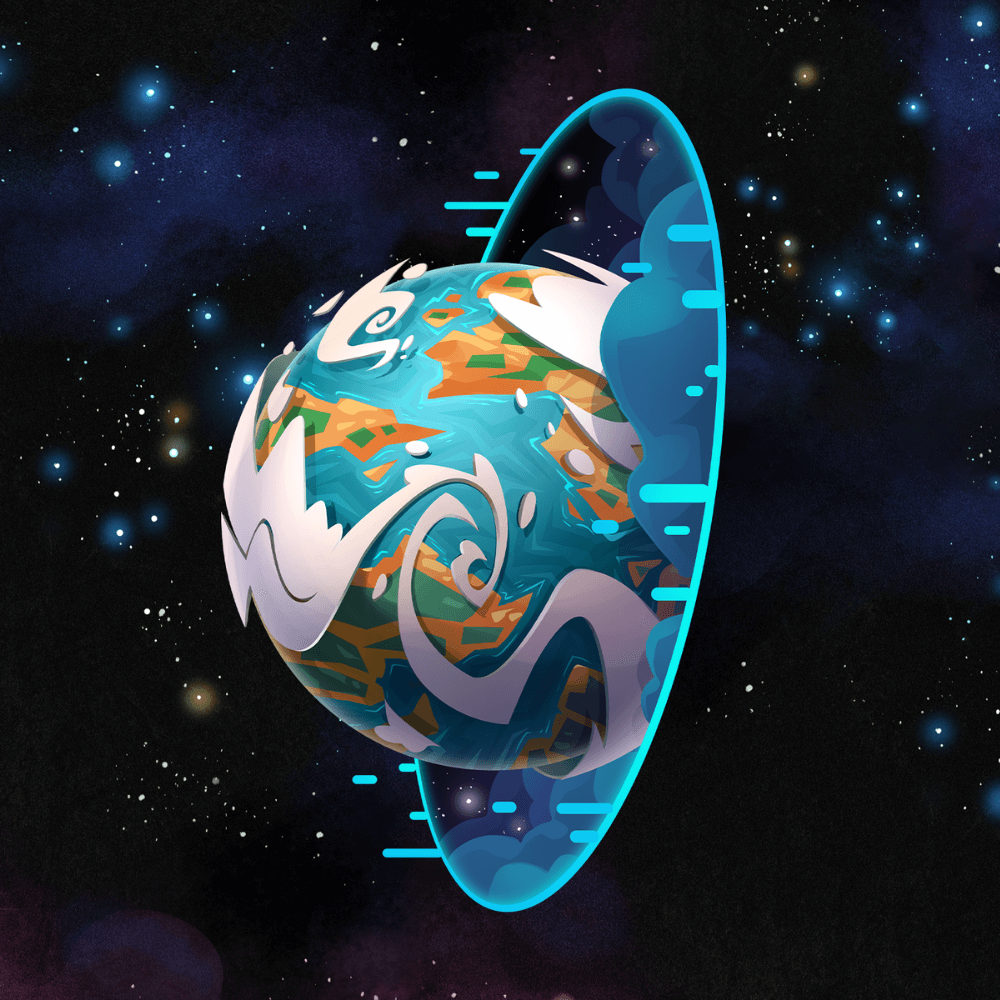 Join the Multiverse
Decrease your marketing spend, create new forms of gameplay, and make your mark on gaming history.
Join Now
Thank you! Please check your email.
Oops! Something went wrong while submitting the form.
#
Metaverse