After a tight race for Slot 5 in the Polkadot parachain auctions, Clover was the last winner in Batch 1. Now it's on to Batch 2! Here are all the details.

Now that the sprint at the end of Batch 1 of parachain auctions is over, we can wish the five new parachains congratulations and turn our attention to Batch 2, where we fully expect to win a parachain slot for Efinity.

UPDATE: Efinity has won a parachain in Slot 6! Mission accomplished!

Contributions for the Efinity Crowdloan are now closed, and we can all begin planning for when Efinity goes live as a parachain in March of 2022.

There was a hidden silver lining to winning in Batch 2, which we'll get to below. This post was written before Batch 2 and aimed at answering any questions you may have about Batch 2—so we'll tackle some of the more common ones below, and will update this post as more questions surface on our Telegram, Discord, and other community channels.

Batch 2 began on December 23, and its timeline is a little more stretched out, ending in March of 2022.

The timeline is as follows:

Efinity's crowdloan is connected and visible to Batch 2 right now. You can contribute directly through our crowdloan page, or through other methods outlined below.

Projects that succeed in Batch 2 of the parachain auctions will be onboarded to the Polkadot network in March 2022.

Efinity is aiming for a 96-week slot, meaning it'll have to participate in another auction after 96 weeks of being a parachain, and contributors will have their DOT locked up for 96 weeks.

Any DOT contributed to projects which weren't successful in Batch 1 has been returned, and it should already be back in your wallet. If you'd like to continue supporting Efinity in Batch 2, this DOT will have to be re-contributed.

If you're familiar with Efinity's Batch 1 reward scheme, nothing has changed. For those who aren't familiar, we'll detail it again below:

We don't know how much DOT it'll take to win in Batch 2, but rewards can be calculated with the following formula:

After the big hype and VC activity in Batch 1, there's every chance it'll take less DOT to win a slot in Batch 2—in which case the EFI will be spread among less DOT, which means more rewards for you as a contributor.

We've teamed up with fellow parachain Parallel Finance to offer additional rewards to Efinity supporters. Contributing through Parallel Finance also carries extra rewards in the form of its PARA token.

If you already contributed through Parallel Finance in Batch 1, there's an option for keeping your DOT contributed, and it's offering an extra 5% in EFI and an extra 25% in PARA if you do so. This offer only applies until December 23rd—check the Parallel site for more details.

There's also the ability to give extra rewards to friends who referred you to Parallel, so if you're part of a group contributing to crowdloans, you might as well refer each other! Both the referrer and referee get an additional 2.5%.

We've teamed up with @ParallelFi to provide additional bonuses for #Efinity crowdloan supporters in the @Polkadot parachain auctions! 🎉

Parallel is also offering extra rewards to those who originally contributed through Binance or Kraken in Batch 1 and are re-contributing in Batch 2. If you withdraw from either of these addresses, it'll automatically be identified by Parallel:

Want to learn more? We'll be hosting a Twitter Spaces AMA with the Parallel Finance team on December 27 at 11:00 Pacific Time, so follow along and tune in!

If the process of setting up a polkadot.js.org account is new to you, we recommend following our video guide:

We've teamed up with Equilibrium to offer bonus rewards to Efinity crowdloan supporters:

@EquilibriumDeFi 🤝 @efinityio
You can reap the benefits of our fruitful partnership! To celebrate this, we offer 🍏 a 10 $EQ bonus per each $DOT. Efinity adds 🍎 5% on top of their basic bonuses when voting with $xDOT. Bid 4 Efinity here: https://t.co/pY5nmtInmV pic.twitter.com/kyzOC8ihBg

Not every exchange from Batch 1 is supporting Batch 2.

In addition to Parallel, Equilibrium, and Polkadot.js, you can contribute through the following platforms in Batch 2:

We'll update this page and social media as more platforms are added!

How does Batch 2 affect progress?

Our team is still working hard on Efinity development, the Paratoken Standard, Version 2 of the Enjin Wallet (more on this soon!), our new marketplace NFT.io, bringing on more adopters and partners, and other fun things like the upcoming NFT Awards.

While we encourage everyone to do their own calculations and comparisons in terms of rewards for parachain auctions (and we think you'll like what you find), this is about more than just rewards.

This is about supporting the kind of world and metaverse you want to live in.

With a high number of contributors and lower average contributions in Slot 5, Efinity was the people's choice. Let's take that momentum straight into Batch 2! 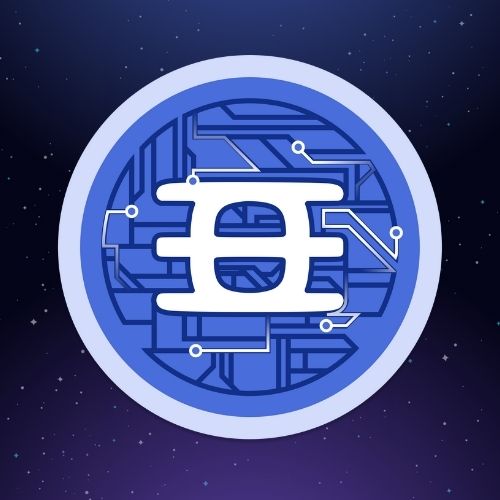 Learn More About Efinity
Learn about Efinity's underlying tech, the foundation of the decentralized metaverse.
Learn More
Thank you! Please check your email.
Oops! Something went wrong while submitting the form.
#
Crowdloan
#
Efinity