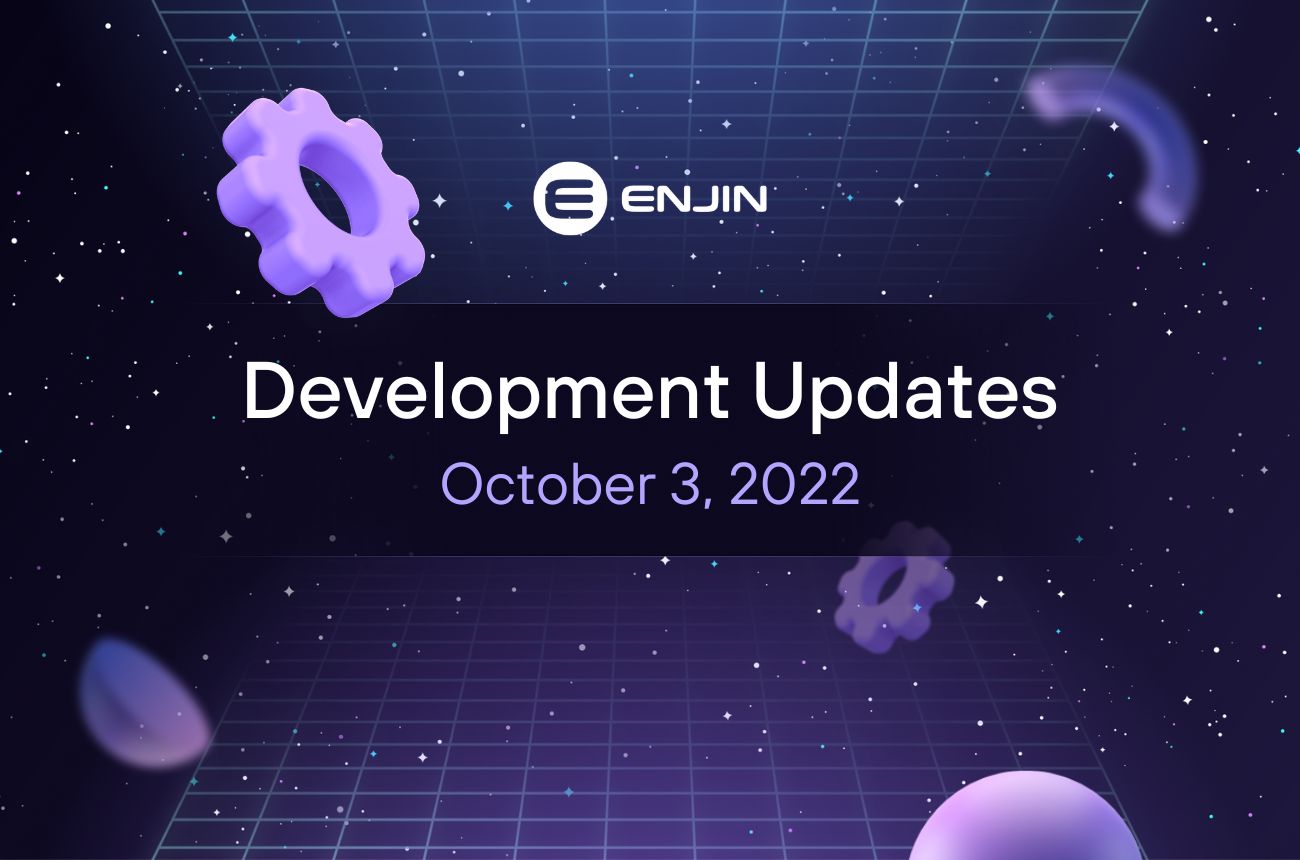 Another month starts, and with that, another bi-weekly development update from the Enjin team!

In this bi-weekly update, we will be covering:

We will share these updates with you in the form of comprehensive and succinct blog posts on the second and fourth weeks of each month. Links to all these updates will also be available on our blog.

❗ All screenshots in this article are subject to change pending further development.

The cross-chain NFT highway, Efinity, is a parachain built on the Polkadot ecosystem. It enables designers, game developers, artists, and others to supercharge their projects or apps on Efinity at a low cost while being completely scalable.

The Efinity development team is currently hard at work on new infrastructure features and updates for this version of our favorite parachain:

In our previous update, we mentioned that we would be exploring partnerships with various node providers in the Polkadot Ecosystem. This resulted in us partnering with Dwellir!

➡️ Up next: Governance is taking place and should be included in the next update, although it still requires some extra work to make sure we are on track towards decentralization.

NFT.io is the next marketplace for all NFTs, with an awesome branded domain. NFT.io includes all of the basic functionalities found in any NFT-related marketplace, as well as the ability to work with Efinity in the future. It not only has great features, but it also has an easy and friendly user interface and user experience.

*NFT.io users are able to place orders on entire collections!*

What is the Enjin Wallet?

The Enjin Wallet application (available for Android and iOS) is the next-generation crypto and NFT mobile app that enables you to store, send and melt your NFTs, in addition to using the Enjin Wallet as any portfolio application.

The Enjin Wallet 2.0 Beta (a.k.a. wallet v2) is still on 2.0.10 beta as of the date of when this blog post goes live. However, our team is currently working on these cool features:

You can participate in the beta at the following link.

➡️ Up next: Our Development team will be focused on Beam in our next update as a way to support our users to scan and claim NFTs using the refreshed Wallet 2.0 experience.

This section is broken down into 3 categories:

What is the Open Platform?

Open Platform is a package that enables developers to implement blockchain integration more quickly. With it, game developers can perform blockchain actions without having to worry about encoding or signing transactions, or understanding specific blockchain technical details.

The Open Platform has been updated to work with v3.0.0 of Efinity, highlights include Royalties added to Collections and Tokens, and setting the listingForbidden flag so tokens can’t be listed on the (on-chain) marketplace.  Improvements have also been made to the wallet workflows.

Updates to the GraphQL API include pagination for tokens and accounts in the Token type.  Added a new field for recording the extrinsic result in Transactions, and added static auth token authorization for securing the API.

➡️ Up next: Quality of Life improvements and updates to maintain the Open Platform in sync with the Efinity updates.

What is an SDK?

‍A Software Development Kit (SDK) is a set of software tools and programs provided by hardware and software vendors that developers and game devs can use to build applications for specific platforms. Enjin makes our SDKs available for developers to easily integrate into their apps and games.

As for the Enjin Platform V.2 SDKs, our SDK team has received some useful feedback from game developers in relation to the intermediate usage of the SDKs, considering that, we have added a new section in our documentation, covering intermediate use cases that can be achieved with our SDKs.

➡️ More can be found here.

What is Enjin Beam?

With Beam, you can tailor the rewards you send to suit your target audience and marketing objectives, such as gaming assets, branded collectibles, gift cards, discount codes, early access, and more.

Beam QR codes can be published via any visually accessible medium—from social media networks, websites, ads, and videos to flyers, presentations, and within apps or games.

Updates to the Beam server infrastructure and tweaks to Platform v1 have fixed exporting beam codes to CSV.  Planning is also taking place for Beam support on Open Platform and Efinity, bringing our ecosystem to full power on the Efinity blockchain!

Make sure to keep an eye out for the next one. We’ll see you then 👋 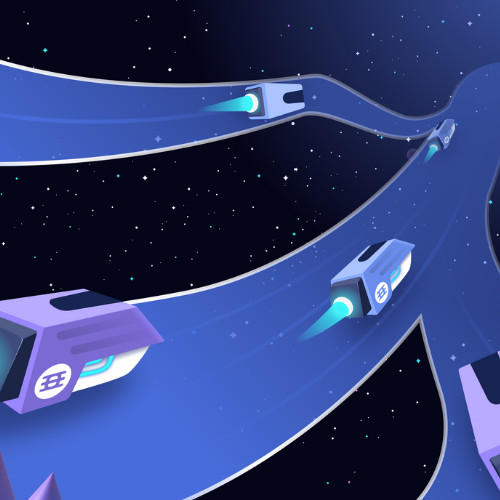 Want more?
Get the latest updates on everything Enjin.
Sign up
Thank you! Please check your email.
Oops! Something went wrong while submitting the form.
#
Developers
#
Efinity 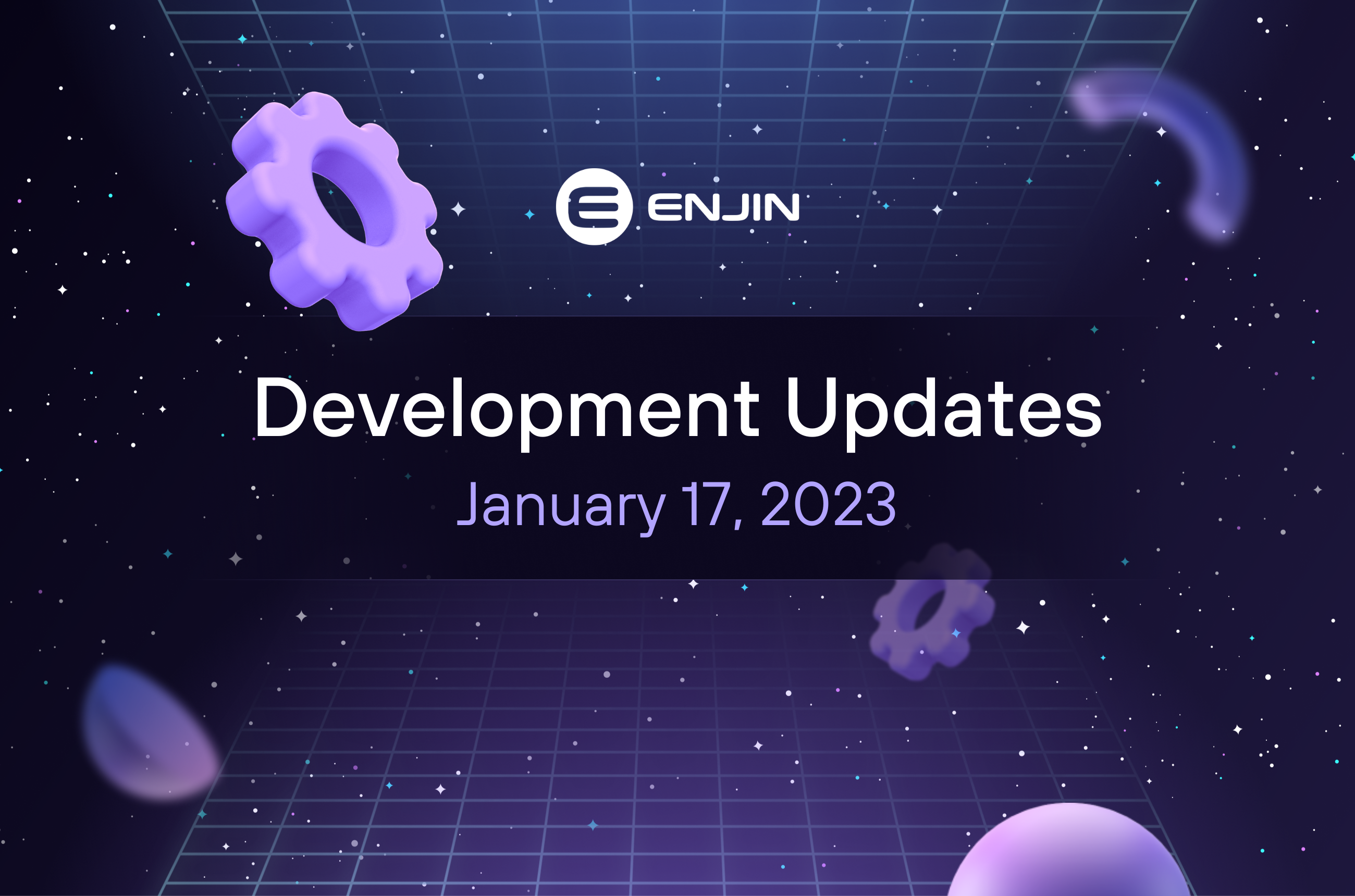 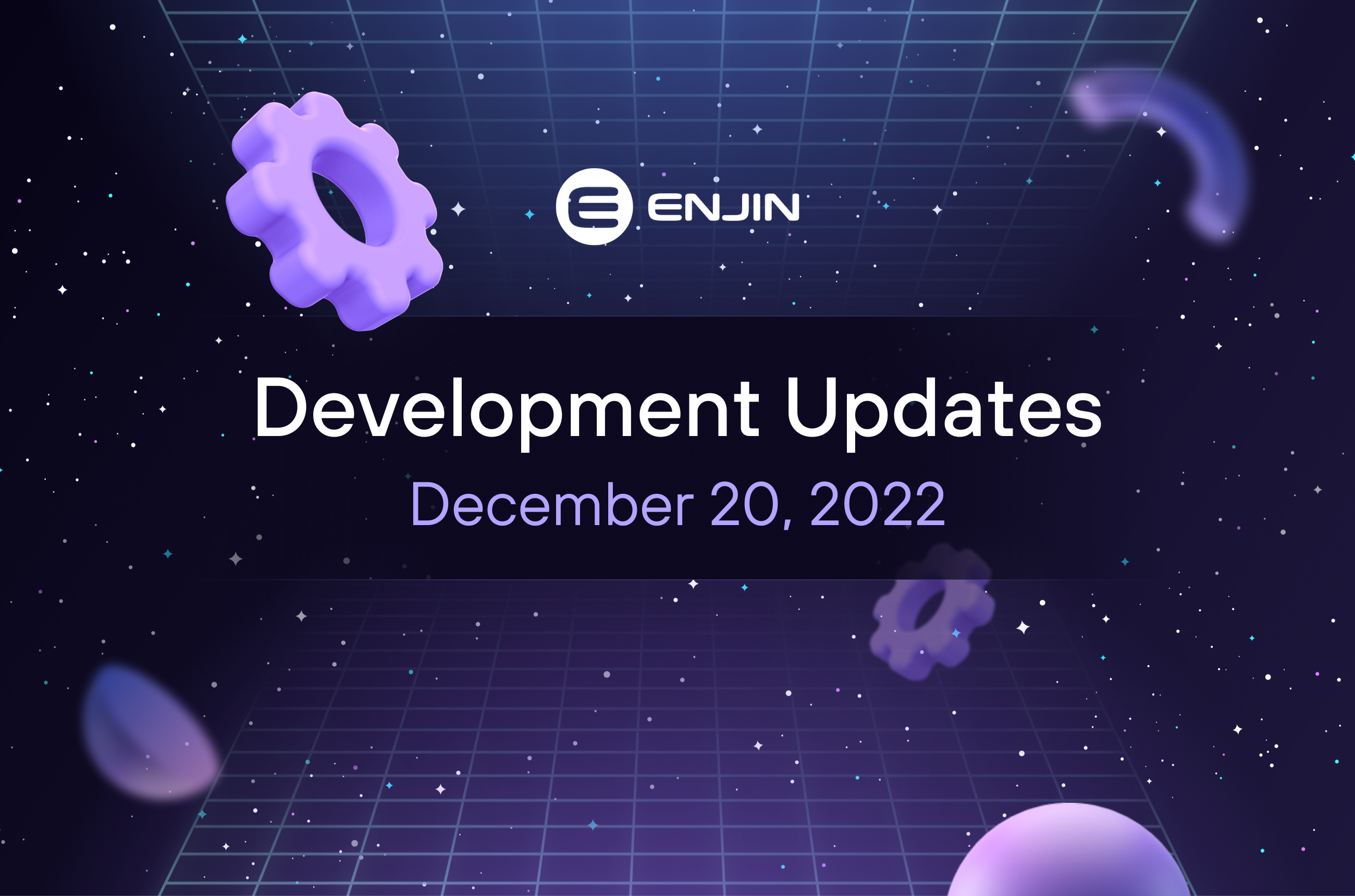 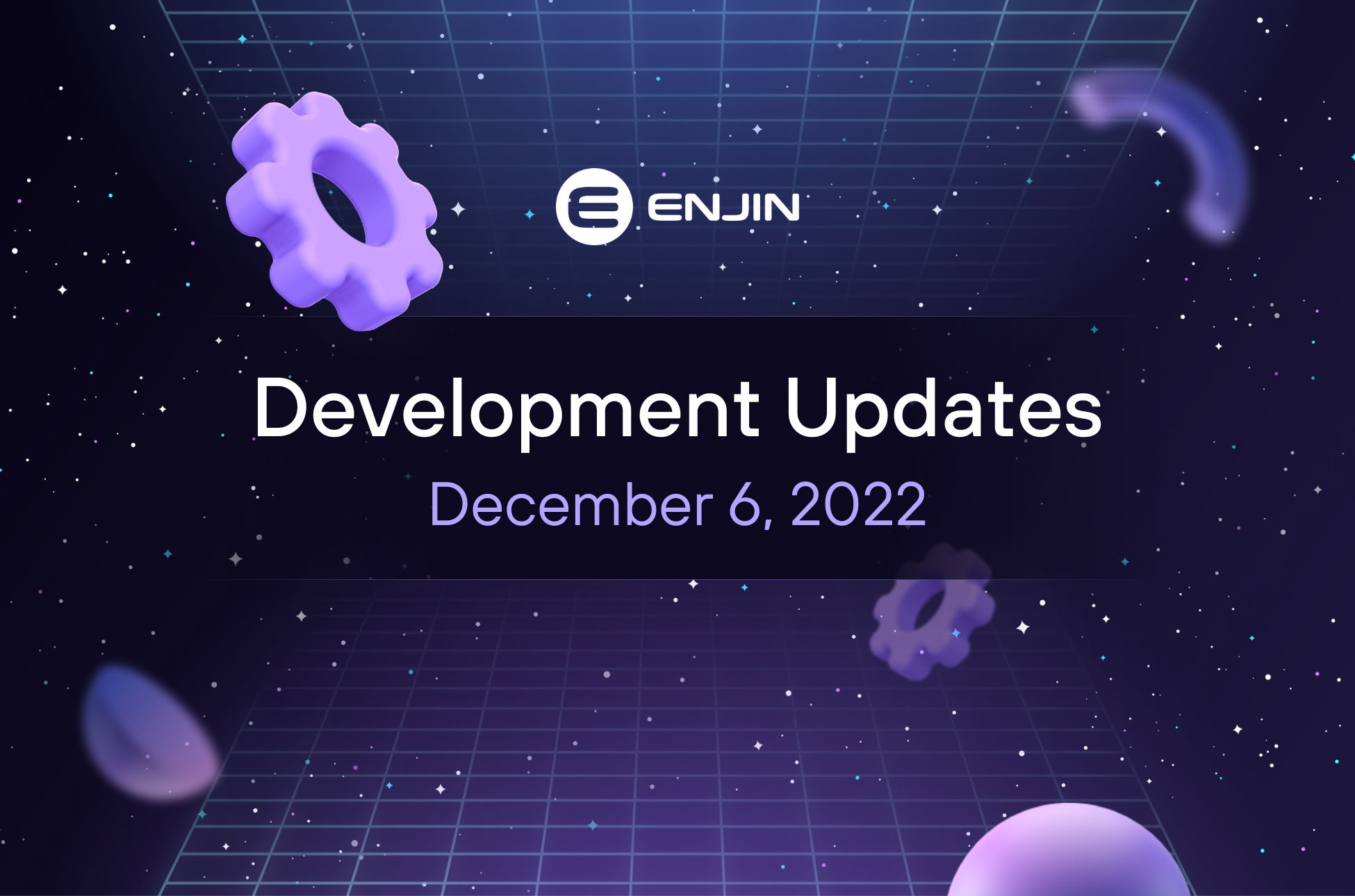 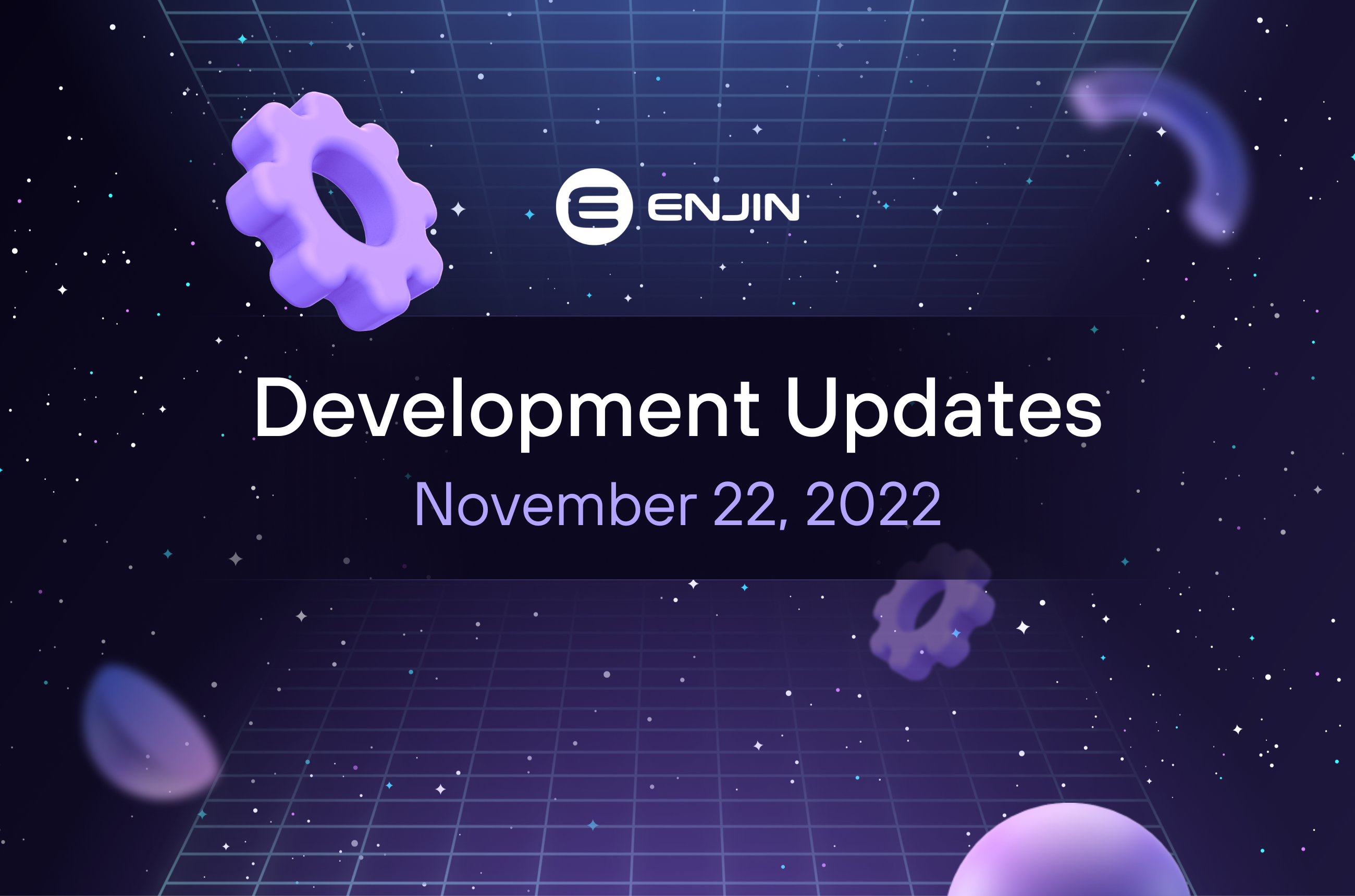