How to Make a Video Game Trailer 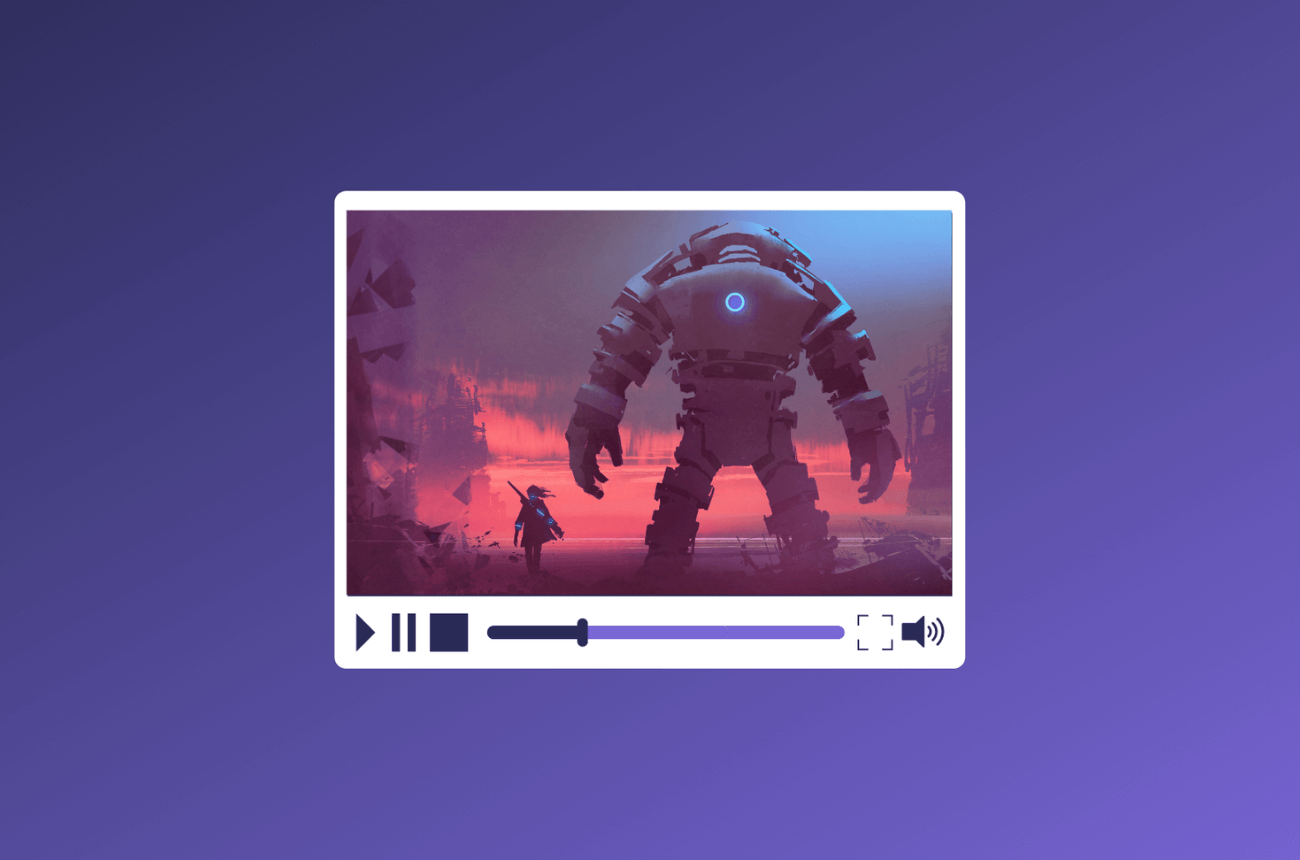 Game trailers are an important tool for game studios and developers to raise awareness. Here are some hints to help you create a trailer worth watching.

Your game trailer is a crucial part of your marketing arsenal.

For game developers, the massive success of the gaming industry can be a double-edged sword.

As more and more games are released, it’s becoming harder and harder to get your game noticed.

With nearly 20,000 game trailers uploaded to YouTube in 2018 alone, you've got to ace yours in order to stand out; so we’re here with some how-to guidance and best practices to help you create a trailer that grabs the attention of gamers.

Follow these hints, and you should be able to leave others trailing in your wake—and save yourself from ending up in the trailer park trash.

How to Make A Kickass Game Trailer

Do the Write Thing: Think Before You Do

It’s always tempting to rush full-speed-ahead into creating something, especially when you’re already well-familiar with the source material from months and months (or even years) of building it from scratch.

However, for maximum efficiency, you’re better off thoroughly visualizing and writing the trailer well before starting any video capture and editing.

As the old proverb goes, “A stitch in time saves nine.”

"The best way to avoid making a trailer which feels like a bunch of haphazardly cut together clips is to start by mapping out the timeline with the idea for each section. This gives you design goals and constraints which guides the editing and game capture.”

By creating a clear script and story structure at the start of the process, you can save yourself a lot of time and effort gathering or editing footage down the line.

Ask yourself questions about what to feature and why.

Remember: the average viewer comes in with zero prior knowledge of your project.

A game trailer can entertain, intrigue, and inform—which direction and mood you choose is up to you.

Will it be story-driven or gameplay-driven?

Why would someone want to play the game? What are the unique mechanics or gameplay characteristics worth showcasing? Where is it all taking place? Who are they within the game (i.e., what drives their character)?

You know where the conflict lives, what the set-pieces are, how the protagonist evolves and can behave.

Just make sure you know exactly what you want to feature in the limited time that you have.

Also consider the pacing of your script.

Ideally, you’ll have some kind of hook early on to grab your viewer's attention, and allow them a bit of time to catch their breath before building up to the action.

"If a trailer feels high energy all the time, then none of it will feel high energy.”

When scripting, consider its purpose within your release schedule. For example, a teaser or announcement video is usually shorter than a launch trailer, with more emphasis on cutscenes or building intrigue than gameplay or narrative clarity.

While you likely won’t get people to buy the game at that point, you can get them intrigued enough to keep an eye on it for future.‍

General consensus is that you should decide on music early on in the process—and definitely before you begin editing.

Think about how impactful it is when the characters or actions are in sync with music, or how music can evoke a mood even without visuals to accompany it.

Since you've done the planning per our previous recommendation, you know what kind of mood you want to hit, which will help you find the right music for your story.

There are a wealth of royalty-free music databases and services out there to match pretty much every mood or setting imaginable.

Amongst the more prominent are AudioJungle, Hooksounds, and the YouTube Audio Library with lots of free content.

Remember: "Royalty-free" isn’t always completely free—it just means you have the rights to reuse and replay the music as often as you wish in your videos, but you may have to pay a subscription or per-download fee to the site you get the music from.

If budgets are very tight, defer to the lower-priced options on this list, or even have a think about creating the music yourself on a variety of free software options. 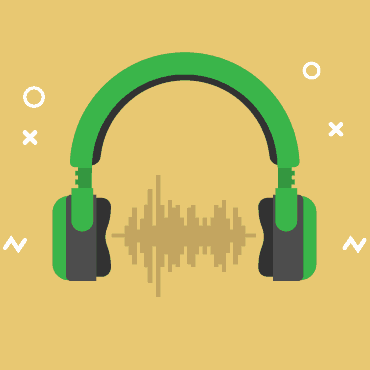 With your script in mind and your musical mood in place, you can now go about capturing the visuals to illustrate what your game is all about.

If you have the capacity and the time, a CGI cinematic is certainly an option, but we’re operating under the assumption that you’re devoting the majority of your time and resources to the development of the game itself.

While film and TV trailers are generally created in “the real world,” where footage can only be captured from cameras that physically exist, game trailers allow you to arrange the footage as you wish.

Using virtual cameras like the Cinemachine plugin for Unity, you can switch camera angles through the game engine for powerful perspectives, allowing you to create the perfect shot every time—without having to worry about dwindling daylight.

In terms of actually capturing and recording gameplay footage, popular (and free-to-reasonably priced) options include Nvidia ShadowPlay, Screenflow for Mac, and Bandicam or OBS for Windows.

Whil you work for the perfect shot(s), be sure to keep footage representative of the game’s reality.

Stylized shots and creative camerawork are cool, but never give the impression that there are gameplay mechanics or possibilities that don’t exist in the finished product—that’s just asking for trouble.

Get It Together: Less Is More

Once all the footage is gathered, it’s time to edit the disparate footage into a cohesive video, following your script as closely as possible.

A Google search will produce hundreds of lists of free editing software, but Blender, OpenShot, and DaVinci Resolve provide a good range of sophistication to choose from.

If you have Adobe After Effects (or wish to go with it), the easiest way to work is with pre-made templates and assets, rather than building from scratch.

Envato Elements provides a plethora of creative assets (including videos, audio, and fonts) and templates for a low monthly fee, whilst the Envato Market allows you to download After Effects templates and graphic effects for a fixed fee.

A few watch-outs to keep in mind when you’re editing:

Make Your Trailer Work for You

A nice simple one to finish things off: use the last few frames to drive viewer action.

If a viewer has watched all the way through, make use of that commitment to direct them to further interact with your game, whatever stage of the development process you’re at.

You can introduce your studio’s logo, your website, direct them to social channels where they can follow the game's progress, or sales platforms to buy it on.

If you do have some budget available, there’s absolutely nothing wrong with skipping steps 2-5 and hiring a professional game trailer editor like Derek Lieu, Kert Gartner, or M Joshua.

They're lifelong gaming fans who do great work. We definitely recommend checking out their personal websites for deeper technical advice than we can't muster without this article turning into an eBook.

You can also use platforms like Upwork or Videopixie to search for freelance editors, rather than specific individuals. Pricing as per Videopixie runs the gamut from $500-$50,000 (obviously nearer the lower end of the margin for small indie games with minimal graphical chicanery).

You should now have a better understanding of how trailers work, and some of the mechanics behind them.

From scripting a story, to pacing, to soundtrack, to extracting and editing footage, it’s all possible on a shoestring budget.

Of course, these are just guidelines—gaming is a creative space and it’s possible to go well outside broader conventions; you can go without showing any gameplay at all or acknowledge advertising tropes head-on.

The important thing is that the trailer matches your creative vision and tells a story that shows gamers exactly what your game is about, as succinctly as possible. 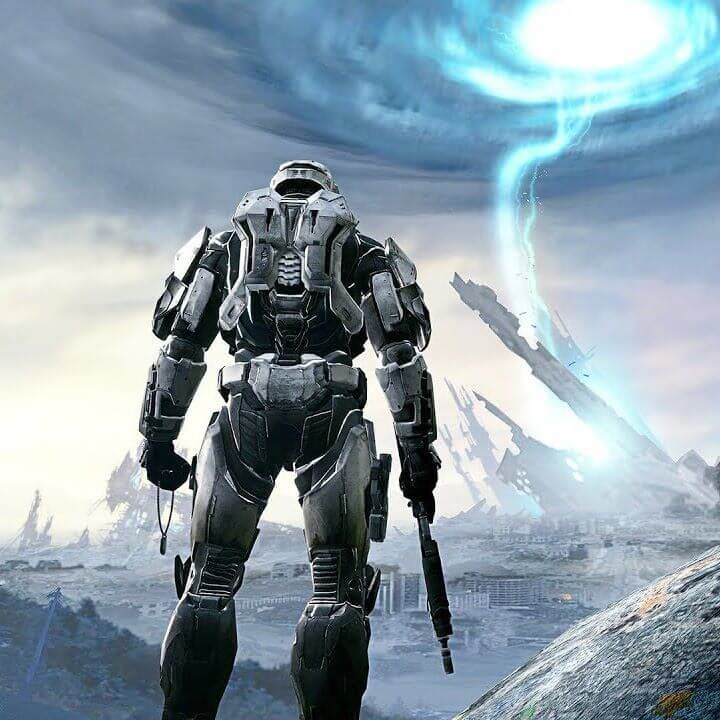 Get Inspired
From Star Wars Jedi: Fallen Order to Cyberpunk 2077, take inspiration from 10 of the best game trailers of the year.
Read More
Thank you! Please check your email.
Oops! Something went wrong while submitting the form.
#
Game Marketing

Education
December 10, 2021
9 Things About Polkadot You Might Not Know

Education
December 9, 2021
Why We Chose to Build Efinity as a Polkadot Blockchain
Download the Enjin Wallet