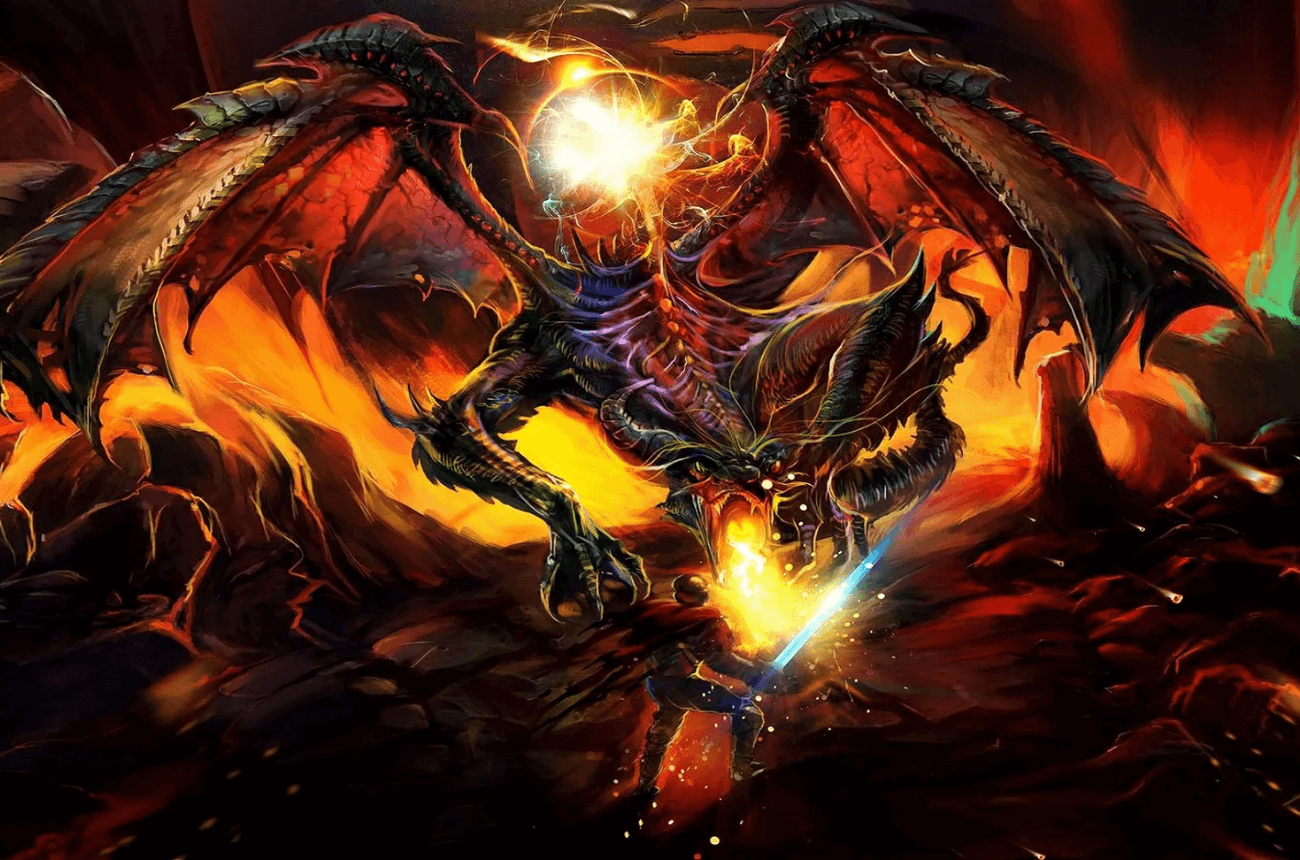 Find out how a developer was able to integrate blockchain in one weekend using the Enjin Platform.

The following is a guest post by Savvas Lazopoulos, CEO & Founder of BlockPegnio and developer of The Six Dragons.

The Six Dragons is a open-world fantasy RPG (role-playing game) that offers players absolute ownership thanks to decentralized, blockchain-based assets.

My involvement with blockchain dates back to 2013, when I became an enthusiast. As I began developing The Six Dragons, I remember thinking how good it would be to have blockchain drops in-game.

While tokenization within games goes back 40 years or so, blockchain is not only transforming what we can do with our in-game tokens, it's creating an entirely new experience that involves actually owning them.

Being able to openly own, trade, and sell unique, identifiable in-game items—created on the blockchain as non-fungible tokens (NFTs)—is one of the most vital innovations to hit the gaming industry in modern times.

Until recently, gaming has been a centralized activity, meaning there is always a third party in control over the game and its associated collectibles.

With The Six Dragons, I wanted to flip this narrative.

For The Six Dragons, the old gaming model is simply not acceptable.

Blockchain is the only way forward; its core features will help set the standards for a fully decentralized gaming future where players are empowered.

Having in-game NFTs mean that every item you earn or purchase is transferable, so you can trade it with other players. These items can even be used in other games, which assigns tangible value to your digital assets, and makes them a more integrated part of your digital identity.

By 2016, I was an active believer in blockchain after coming across the Ethereum smart contract for the first time.

As a solo developer at the time, the ability to implement smart contracts in the game sounded like a utopian dream. As I continued development, this dream of someday implementing smart contracts, remained.

Indeed, implementing a blockchain infrastructure within a game from the ground-up is perpetually exhausting and demanding.

This is where full-stack layering solutions like Enjin's API and SDK come in. It's purpose-built for gaming, saving developers valuable time and money by leaving the complexities in the hands of experts.

The Enjin Platform supports various coding languages and game engines, so it can be used with the tools you're already familiar with. At The Six Dragons, we're building in Unity for PC and PlayStation 5.

Before the NFT Hype

While NFTs have become one of the hottest topics in blockchain, our journey with this tech began back in March 2019, when Enjin released its free Blockchain SDK for Unity on the Unity Asset Store.

At the time, The Six Dragons was four years in the making.

I believe it was a Friday when I saw the Unity asset and thought "Why not download and try it out in The Six Dragons?"

I remember working to implement the SDK over the weekend and after just two days of work, I dropped a video featuring the game integration in the Enjin Telegram group, thinking: Let's see if someone likes it.

The community loved it, and I received a message from Enjin’s CTO Witek Radomski asking to include the video in his GDC 2019 presentation, which of course made me believe that something good was brewing.

We successfully integrated with Enjin's Platform API within 48 hours.

The Platform's web panel was built to enable zero-code creation and management of blockchain assets like tokens, which is what really sparked my interest.

To actually integrate these assets into games and apps, devs need a communication channel, which is where the Blockchain SDKs come in. The API enables the scalability of token creation, minting, trading, and sending. Meanwhile, the SDKs are the messengers between devs and the API.

Thanks to Enjin's technology, our players get to do some really amazing stuff in-game and explore mechanics that were not possible before.

For instance, we transformed gamers' digital wallets into real-life inventories, offering a chance to create brand new in-game blockchain items, each one holding unique attributes that only get better as you progress within the game.

You can instantly claim tokens dropped by defeated enemies, like swords, armor, and potions, and these items will be instantly visible inside your blockchain inventory (your Enjin Wallet). 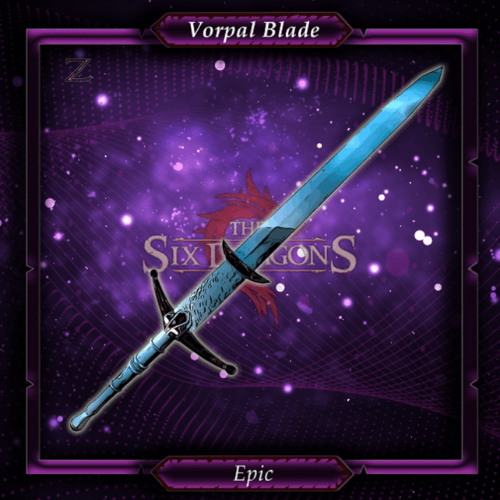 Why NFTs Have Real-World Value
Digital collectibles have more real-world value than ever before thanks to blockchain technology—here's why.
Read More

Likewise, our Enchanting feature, enables you to enchant any tools you claim with special powers, after which they show up in your wallet as Enchanted Weapons—a 2-for-1 deal.

When you craft an item using an existing recipe, you are actually compensating whoever created the recipe, stimulating the collaborative experience for every player. What makes it even better, everything is seamlessly integrated within the game user interface.

We've even created governance NFTs to allow players to influence the game's roadmap, using their voting power to decide on proposed gameplay changes and development priorities.

Thanks to blockchain integration made possible by Enjin's tech stack, we were able to host a successful presale, hire a team, and implement a much more advanced version of the blockchain layer using our own dedicated servers.

As a result, The Six Dragons has grown to thousands of registered users, with hundreds of new players registering for Open Alpha every day.

Blockchain is often still viewed as analogous to complexity, but it doesn't have to be if you use the right tools, and our game is a testament to that.

Solutions are constantly being built and improved to make our jobs as developers—and our players' blockchain gaming experiences—better and easier than ever before.

In fact, scaling solutions like Efinity will help scale blockchain games to the masses, making them mainstream, which is our primary goal at BlockPegnio.

We build games that mainstream gamers want to play, while incorporating the awesome and unique capabilities of blockchain on top of them. 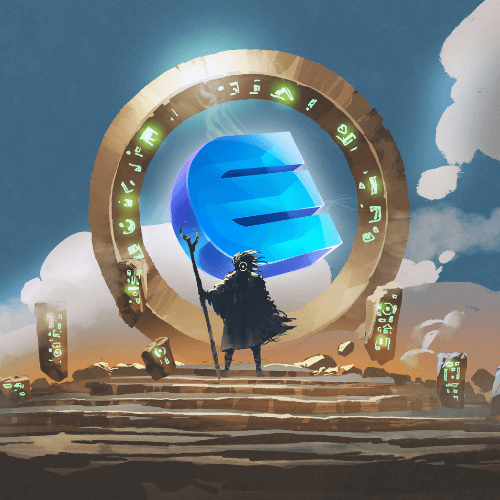 Become an Enjin Adopter
Get the support you need to create and launch a thriving NFT game or app.
Learn More
Thank you! Please check your email.
Oops! Something went wrong while submitting the form.
#
NFTs