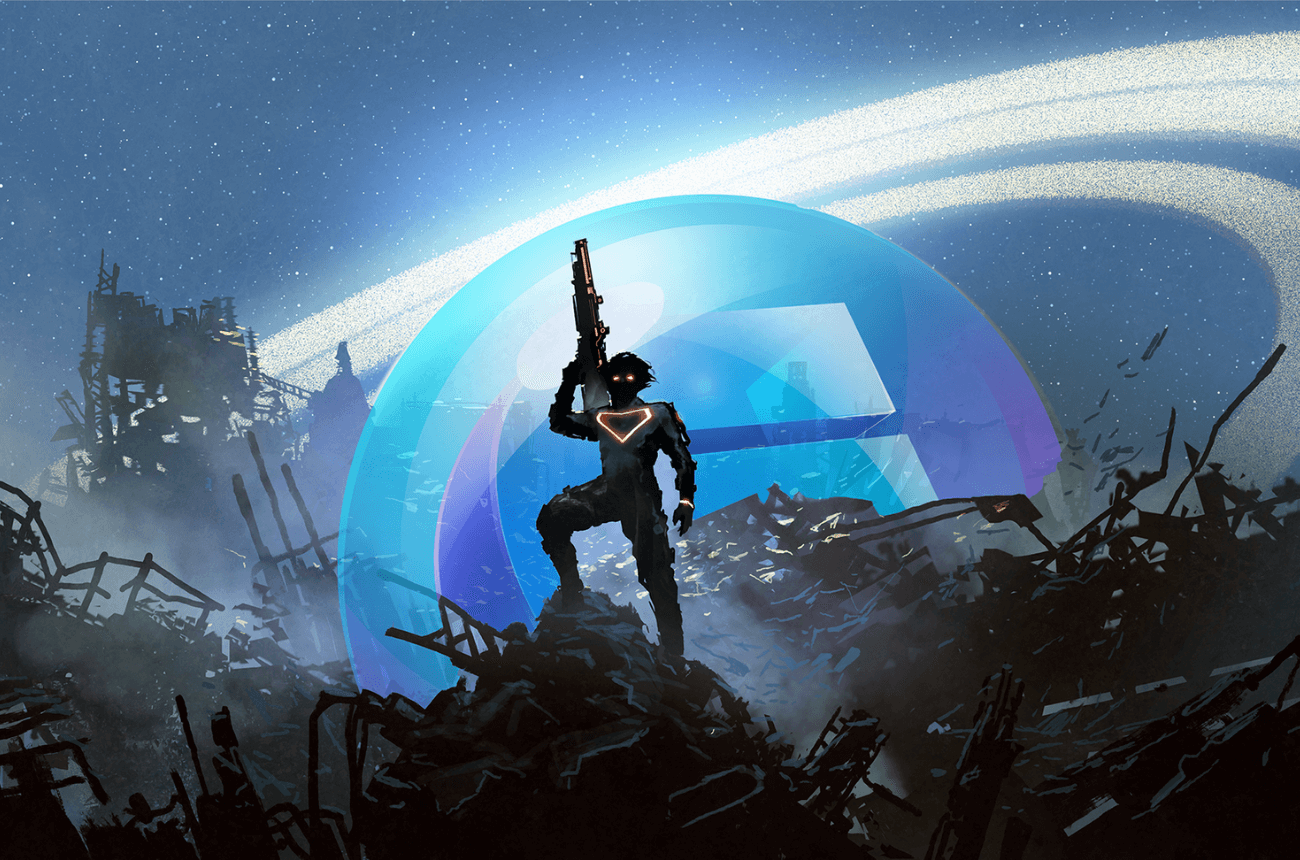 Blockchain is transforming the way we store, evolve & trade video game assets. This article explores the exciting world of player-owned and decentralized items.

The following is a guest post by Michel Chamoun, developer of Bitcoin Hodler.

Back in June 2018, the ERC-1155 Multi Token Standard was introduced by Enjin CTO Witek Radomski, which made it possible for fungible (FTs) and non-fungible tokens (NFTs) to be represented by a single smart contract.

While fungible tokens are commonly used as cryptocurrencies and interchangeable assets, each non-fungible token owns a unique ID an index on the blockchain–enabling one-of-a-kind digital entities.

In Bitcoin Hodler, every blockchain character is fully player-owned and has an individual identity, which allows for a unique history and skillset.

They can be held, evolved, and traded on a public, distributed network, outside of their virtual realm and beyond the control of their original creators.

This enables an asset-oriented cross-game experience, which is paving the way for an interconnected ecosystem—one that allows deep community engagement and the holistic growth of a decentralized network of collaborating games.

Blockchain platforms like Ethereum and Enjin provide the powerful toolsets for games, brands and communities to easily get started and leverage this exciting innovation.

This is going to transform the way we build and play video games.

Do we truly own our digital assets?

First, let’s have a closer look at our ownership status.

In the physical world, the transfer of ownership usually involves the exchange of exclusive rights and control over an object. The fact that an asset, product, or good literally changes hands makes it easier for us to determine its ownership status at any time.

In the digital world, however, things are a bit different.

The missing physical reference often leads to confusion and a lack of clarity about the scope of our rights and control over an asset. Things that we believe to own at some point turn out to be out of our legal reach and control.

This is most prevalent when it comes to digital items in conventional video games, where access and ownership are often confounded.

Let’s assume you purchase a character in your favorite video game. Now, you might have permission to access and use it, but you probably won’t truly own it.

What you’ve most likely acquired is a switch or a variable in a company's database (game studio, publisher, etc.), telling your game client whether you have the right to access a referenced digital resource and its function.

The access key, however, remains under the control of the company!

The most conclusive way to check your ownership status is to try and trade the item on an independent marketplace—just like you would with your used car or TV.

If you can't sell it, do you really own it?

The image above is meant to provide a very simplistic view in order to demonstrate a likely scenario: Joe, who has access to a copy of the character “Mike,” may not be able to pass his copy over to Bryan. Bryan will usually need to purchase a whole new copy of Mike.

This diagram illustrates how companies maintain control over the centralized gaming items they sell you. The gaming items you purchase are technically and legally tied to your user account.

In the end, any company that controls your user account, controls everything you bought through it.

In a blockchain-based asset economy, game items are tied to fungible and non-fungible tokens with explicit public IDs (and an index in the case of NFTs).

These tokens are fully player-owned and managed outside of the game on a public distributed ledger.

In contrast to an account-based access management and data storage, game characters now become independent entities and can move freely and peer-to-peer between multiple users.

By transferring the NFT to another user, you literally hand over your access keys and transfer ownership of the bound resource while preserving the metadata, including individual stats or item history.

Resources can be anything like specific characters, items, skins, functionalities, or complete areas of the game.

Besides peer-to-peer trading, this degree of control enables players to tap into exciting new forms of collaboration.

Let’s assume that now Joe tries to level up his unique Mike NFT with the index #21 and is stuck on level 6. He might send his Mike #21 to Bryan and ask him to fight the next battle to unlock level 7. Bryan can then complete the level and send the upgraded character right back to Joe.

This has the potential of taking community-driven gameplay to a whole new level, and and it's easy for players to do because these NFTs can be seamlessly stored, viewed, traded, and sent via blockchain wallets like the Enjin Wallet app.

Characters in Bitcoin Hodler are all bound to NFTs and can evolve individually.

Their stats will be referenced to unique combinations of token IDs and indexes. Based on the preferences of the owner, every character will end up having different levels and skill structures.

While all characters start equally with no skills, you will be able to gradually evolve them to higher cycles, solve challenges, and level up different abilities like “timewarp,” “shrink,” and “boost.”

Once launched, the evolution of the skills will permanently remain with the character and can be passed over and traded with other players through the NFT!

This NFT-based character evolution is estimated to launch in Q4 2020.

Now, let’s discuss what this shift in ownership and the decentralization of game assets may bring to players, games and the overall gaming experience.

As in the example of Joe and Bryan, NFTs empower the players to fully own and control their digital assets. They open up new and independent channels of interaction beyond the bounds of a single game. Players now can trade freely and transfer their assets to help each other out.

Imagine you are excellent at a game, you could even open a boot camp to train and evolve characters for other players as a service.

Now that game assets live on the Blockchain, they become publicly available and can be seen and accessed by other games and services who decide to provide a use case in their virtual worlds. Obviously this is exciting for players who can use and potentially evolve their assets across different domains.

At the same time, independent games can leverage this opportunity to join forces and build huge cooperative networks. By sharing assets and communities they can benefit each other and organically grow their player base.

This concept of a blockchain gaming multiverse was originally introduced by Enjin back in 2018, when six games decided to join together and contribute to a collaborative, cross-game experience.

Many games and projects have since joined the Enjin community and the growing Multiverse. An all-in-one blockchain game development platform which was recently introduced by Enjin now allows games and apps to interconnect and cross-benefit their players, customers and members.

Embracing this exciting ecosystem, we are already supporting tokens of our partners in Bitcoin Hodler.

The Mike units from the above example are Enjin Multiverse characters, which we gave the ability to access the world of Bitcoin Hodler, alongside a multitude of other FTs and NFTs from different projects, brands, and communities.

We have many more joint token cooperations are yet to follow, so stay tuned!

We truly believe that blockchain-enabled games are going to change the way we play, collaborate, and shape virtual experiences.

Evolve Your Game Characters
Use the gamedev tools you know and love to immortalize your characters on the blockchain.
Get Started
Thank you! Please check your email.
Oops! Something went wrong while submitting the form.
#
NFTs