Enjin's blockchain platform is now free to use—allowing users and developers to mint and integrate fungible tokens and NFTs into any software, without a monthly subscription fee.
Download Press Release
Back to Enjin Newsroom 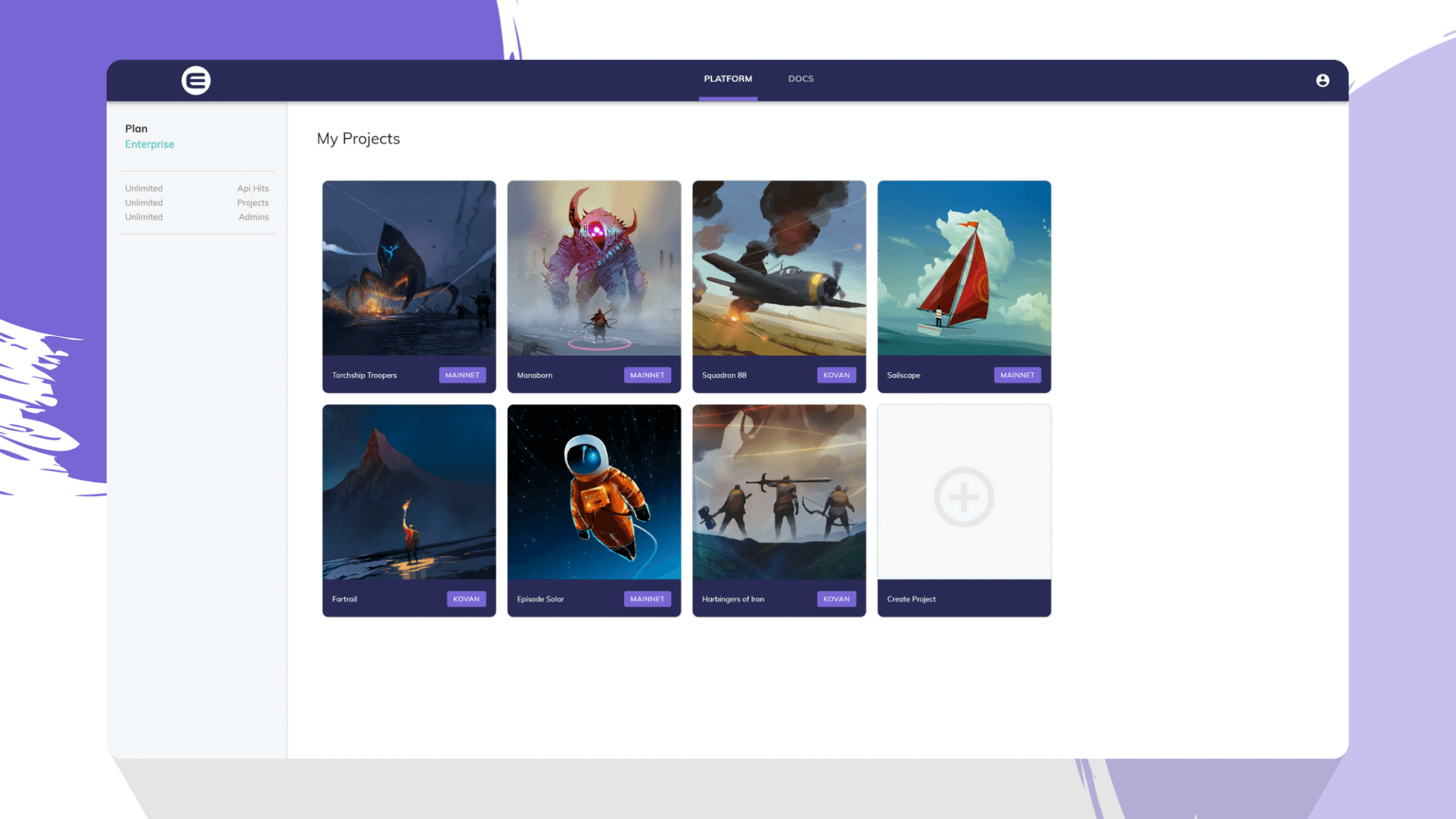 12 November 2020 — Earlier this year, Enjin launched the Enjin Platform, a powerful blockchain development platform and API enabling developers to mint and integrate non-fungible tokens (NFTs) into their games and apps. Today, Enjin is making this platform free to use, as the company announced the removal of all monthly subscription costs.

Enjin has also reaffirmed their commitment to building a community-driven development ecosystem by applying the open-source Apache license model to their EnjinCraft plugin for Minecraft, Java SDK, and Godot SDK, with plans to also release open-source SDKs for C# and C++. This means developers can freely use, modify, distribute, and resell Enjin’s suite of plugins and SDK to other developers who are looking for easy-to-adopt blockchain development tools.

Alongside the free platform, Enjin is releasing the closed beta version of their Marketplace API, which will allow developers to integrate asset marketplaces into their games and apps. The team has also teased “Enjin Labs,” an upcoming blockchain resource marketplace launching later this year. Developers will be able to build and sell their own plugins and SDKs through the site, allowing them to earn revenue while making the lives of their peers easier.

“We want developers to feel liberated to build on the platform without it feeling like walled-garden,” said Enjin CTO Witek Radomski.

The Enjin Platform has already been used by over 1,500 of projects to mint over 3.6 billion tokens. Companies like Microsoft, Binance, and CoinMarketCap have also used it to mint and distribute reward tokens. It is widely considered to be the most advanced blockchain development ecosystem in the world.